Requiem for the Enslaved 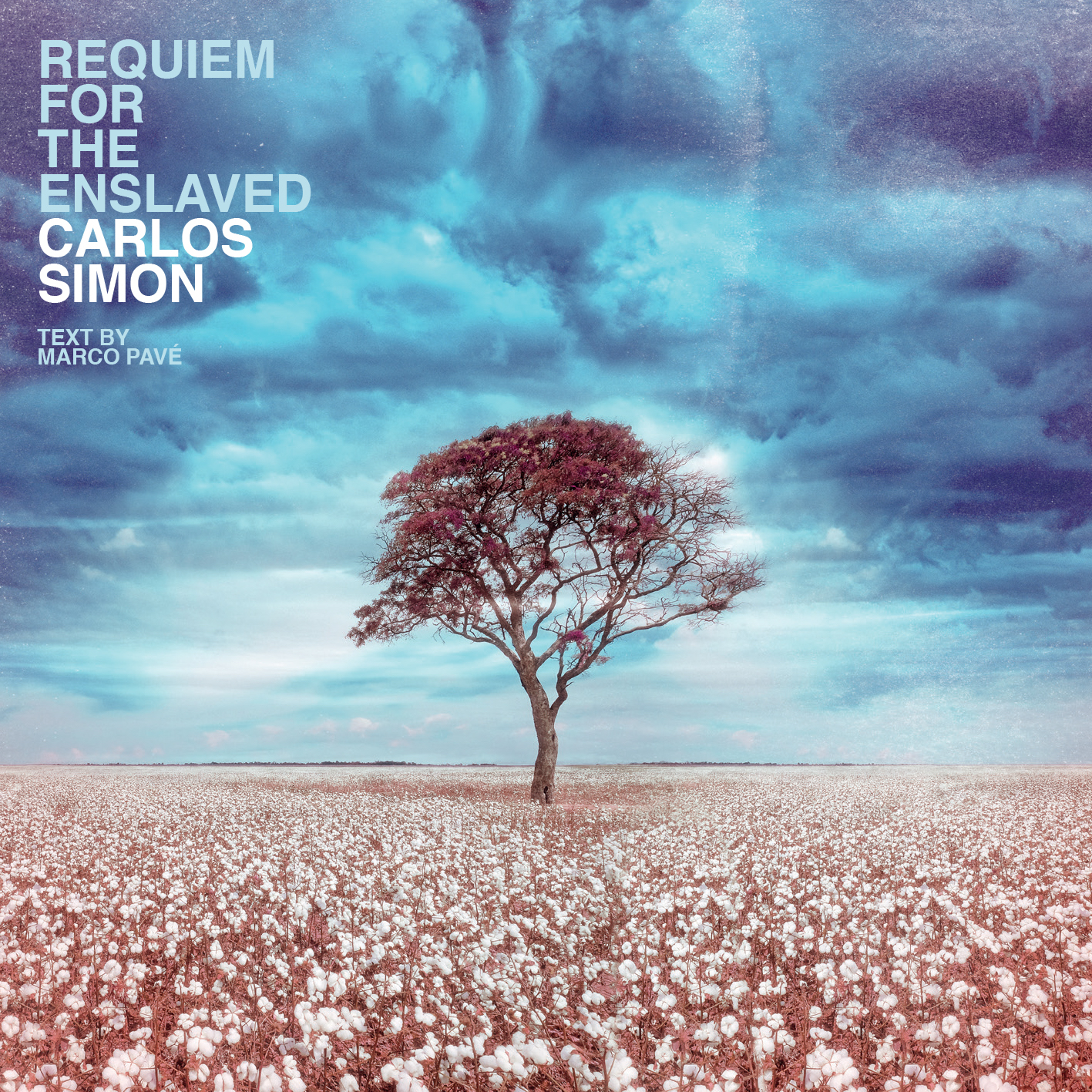 Requiem for the Enslaved

Carlos' debut album for Decca features a new work for spoken word, ensemble and piano honours the passing of the people bought and sold by university founders during the slave trade years

What does it mean if your body was never free?
What happens to the soul of the slave if the shackles release?

Carlos Simon presents multi-genre work Requiem for the Enslaved, a musical tribute to commemorate the stories of 272 enslaved men, women and children sold in 1838 by Georgetown University. Described as a 'rap opera', Carlos infuses his original compositions with African American spirituals and familiar Catholic liturgical melodies. Performed by the Hub New Music ensemble with Carlos at the piano, featuring and spoken word and hip hop artist Marco Pavé, and trumpeter MK Zulu. The album also includes three reflective bonus tracks based on melodies featured in the Requiem.

Requiem for the Enslaved was nominated for a 2023 GRAMMY award for Best Contemporary Classical Composition.

Sprinkled throughout the soil of Georgetown are the remains of what archeologists believe to be enslaved and freed Africans. Overrun burial sites are unearthed afresh with the acceleration of construction groundbreakings in Washington, DC – their teeth, skulls, and limbs have been found in the walls of historic homes.

Unbeknownst to many, Georgetown is nestled in the historically African American port section of the city. And one of the last standing institutions is a site on the Underground Railroad, an African American congregation called Mount Zion United Methodist Church.

Founded by 125 Black parishioners in 1816, Mt. Zion symbolizes a reckoning that has yet to be resolved. Since its founding, the congregants have offered education to African Americans and fought to maintain ownership of its historic buildings including a parsonage, a heritage center housed in a cottage, and two African American cemeteries: The Mount Zion and Female Union Band Cemeteries. It was there, among the dead in the Mt. Zion burial vault, that fugitive slaves would hide until it was safe for them to escape on the Underground Railroad. Indeed, the dead have a pact with the living both to guide safe passage and to bury the deceased so they may rest in peace. And yet, just beyond that holy ground are the unlayed dead.

The unrest of those dry bones and unquieted spirits in the ancestral lands of enslaved Africans is the gentrified landscape from which Georgetown University emerged into conversations about reparation. In 2016, Georgetown University divulged where the “bodies were buried” in its financial history as a beneficiary of chattel slavery. Founded as a Catholic institution, Georgetown University did not harbor fugitive slaves, but rather, purchased and sold the enslaved instead. In 2020, the majority of the Georgetown University student body voted in favor of establishing a reparations fund. The proceeds are designated for the descendants of 272 enslaved people who were sold by the Maryland Jesuits in 1838 for the price of $115,000 to rescue the university from bankruptcy. They were purchased to work on a savage Louisiana cotton plantation. To be sure, the United States of America and its founding corporations owe an accruing debt to the enslaved Africans who were brought by force to its shores through the transatlantic slave trade.

Carlos Simon arrived at the faculty of Georgetown University as a professor of composition, and sensing the signs of the times, he was inspired to respond with music befitting the moment. Offering honor, where honor is due to the enslaved, Carlos Simon’s Requiem for the Enslaved (2020) is commissioned by Georgetown University with support from the President’s Office and the committee for Slavery, Memory, and Reconciliation with support from the Department of Performing Arts. After visiting that Louisiana Plantation and doing historical research, Simon infused the music of the Catholic Church and Negro Spirituals into an original composition. Undoubtedly a passion project for Simon, this work is set in the structure of a liturgical mass for the dead. Requiem for the Enslaved is a striking new multi-genre 50-minute original composition that explores the sacred and historical ideology revealed in the sale of those enslaved by Jesuits.

A composer raised in the Pentecostal Christian tradition, Simon draws from both his gospel music heritage cultivated in the academy of the Black church and his training in Western composition developed in U.S. conservatory. He taps into a robust gospel heritage in which composers such as James Hall have borrowed from the Catholic mass motifs of the Gregorian chant. Other composers have centralized gospel music idioms in the mass through the works of Robert Ray and Damien Sneed. Simon comingles those chants with references to “When the Saints Go Marching In” a hymn tune one might hear played by a second line funeral procession in New Orleans.

Brilliantly, Carlos Simon packs the requiem with overlapping, multi-cultural meaning. Adapting the ten-movement requiem form, Requiem for the Enslaved unfolds in the following order: invocation; lord have mercy (let us go); interlude (Isaac ran away); we all found heaven; grant them rest; remember me; light everlasting; deliver me; gloria; and in paradisium (into paradise) ashe ́, shine upon them.

Simon features spoken word by rapper Marco Pavé, drawing from the West African griot and jali legacy of storytelling. His poetry is interwoven with the classical chamber ensemble, jazz trumpet, piano, and sample sounds from a church congregation. Also, the recording features the pioneering Boston-based new music ensemble “Hub New Music” with trumpeter Jared Bailey and spoken word artist Marco Pavé alongside Carlos Simon on piano. In addition, the album includes 3 reflective bonus tracks based on melodies featured in the requiem complete with music videos from the sessions – 1 solo piano track plus 2 duets with piano and trumpet. A significant symbol Simon uses to elide sonic worlds is through the sounding of the bell. At Georgetown, the bell signals the progression of the day By contrast, on the plantation, small bells were attached to instruments of torture to prevent the enslaved from escaping. The slave bell tower was for surveillance. The sound cued tasks such as mealtime, work, and to organize uprisings.

Requiem for the Enslaved is an unforgettable commemoration, marking eternal rest granted to the souls of these enslaved people and finally endowing their descendants with the sounds of restorative justice sonically sermonized by one of their darker brothers.

Made with ❤️ and 🔥 by Unison Media