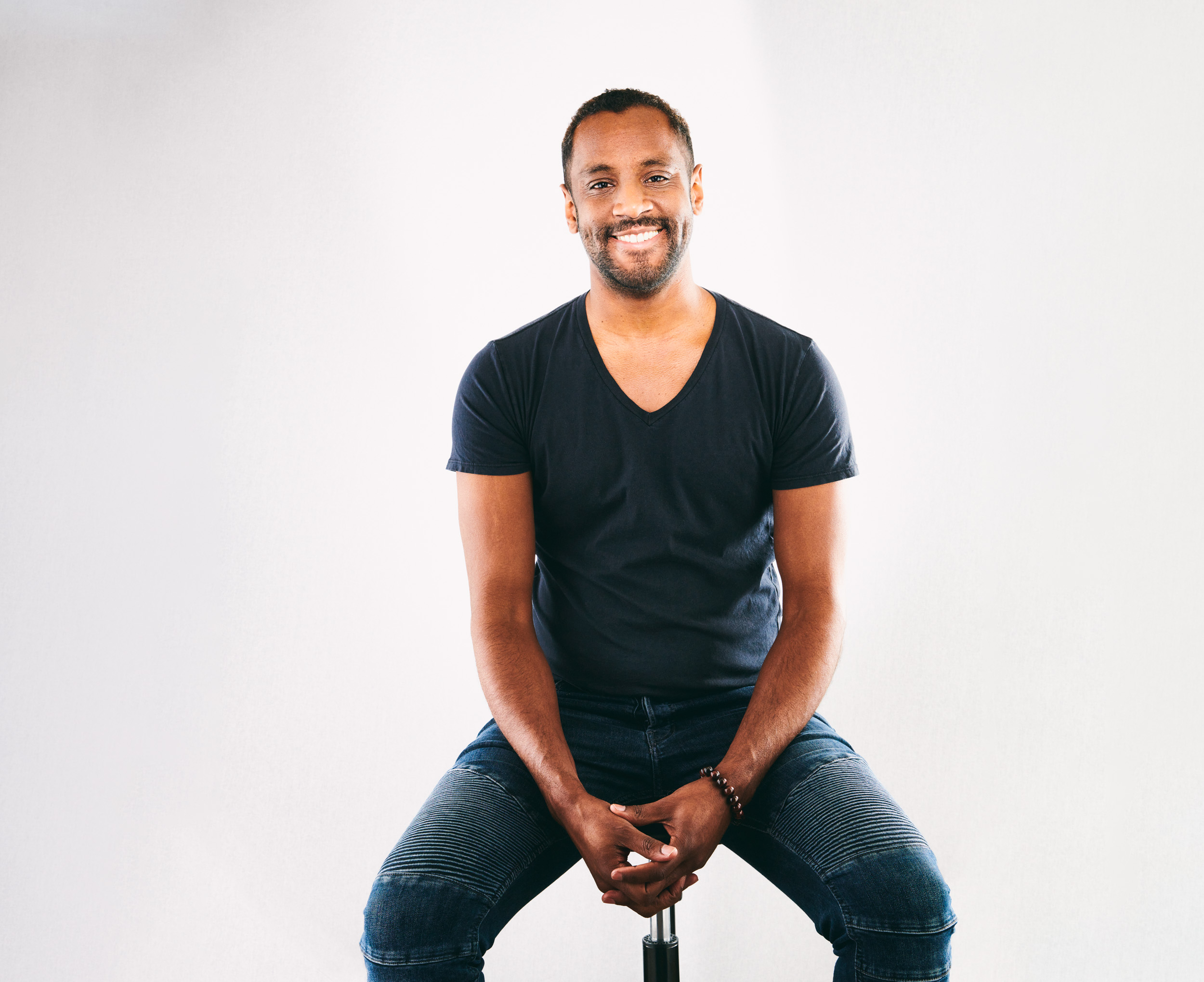 Carlos Simon is a native of Atlanta, Georgia whose music ranges from concert music for large and small ensembles to film scores with influences of jazz, gospel, and neo-romanticism. Simon is the Composer-in-Residence for the John F. Kennedy Center for the Performing Arts and was nominated for a 2023 GRAMMY award for his latest album, Requiem for the Enslaved.

“My dad, he always gets on me. He wants me to be a preacher, but I always tell him, ‘Music is my pulpit. That’s where I preach,’” Carlos Simon reflected for The Washington Post’s ‘Composers and Performers to Watch in 2022’ list.

Having grown up in Atlanta, with a long lineage of preachers and connections to gospel music to inspire him, Simon proves that a well-composed song can indeed be a sermon. His compositions span genres – jazz, gospel, and contemporary classical music are noticeable influences – and can be found everywhere from film scores to concert music.

Simon is the current Composer-in-Residence for the John F. Kennedy Center for the Performing Arts and frequently writes for the National Symphony Orchestra and Washington National Opera, with the 2022/23 season seeing premieres with Boston Symphony Orchestra, Detroit Symphony Orchestra, Brooklyn Art Song Society and Minnesota Orchestra – a large-scale tribute to George Floyd and the ongoing movement for racial justice.

A “young composer on the rise, with an ear for social justice” (NPR), Simon’s latest album, Requiem for the Enslaved, is a multi-genre musical tribute to commemorate the stories of the 272 enslaved men, women, and children sold in 1838 by Georgetown University, and was nominated for a 2023 GRAMMY award for Best Contemporary Classical Composition. Released by Decca in June 2022, this work sees Simon infuse his original compositions with African American spirituals and familiar Catholic liturgical melodies, performed by Hub New Music Ensemble, Marco Pavé, and MK Zulu.

Simon earned his doctorate degree at the University of Michigan, where he studied with Michael Daugherty and Evan Chambers. He has also received degrees from Georgia State University and Morehouse College. He is an honorary member of Phi Mu Alpha Music Sinfonia Fraternity and a member of the National Association of Negro Musicians, Society of Composers International, and Pi Kappa Lambda Music Honor Society. He has served as a member of the music faculty at Spelman College and Morehouse College in Atlanta, Georgia and now serves as Assistant Professor at Georgetown University. Simon was also a of the 2021 Sphinx Medal of Excellence, the highest honor bestowed by the Sphinx Organization to recognize extraordinary classical Black and Latinx musicians, and was named a Sundance/Time Warner Composer Fellow for his work for film and moving image.
‍

Made with ❤️ and 🔥 by Unison Media